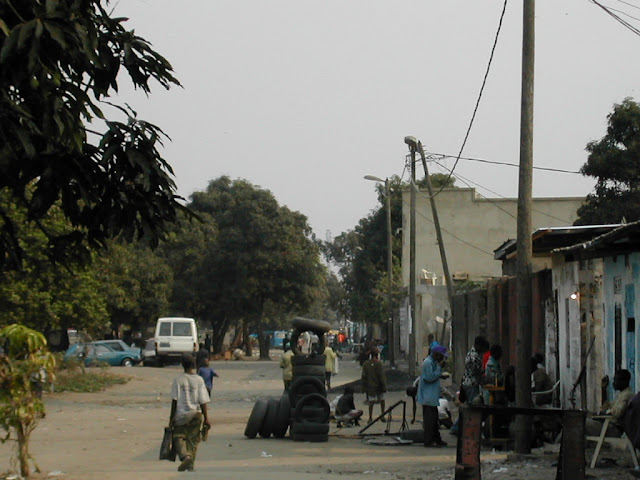 A familiar sight along Kinshasa’s streets is the informal tire repair operation advertised by a stack of tires and a hand-painted sign proclaiming “Service Quado”.   This derives from one of the proprietors of the Maison du Pneu, a French businessman named Cohadon.  In common speech, Cohadon transmogrified into “Quado”.  The shop was on Ave. Tombeur de Tabora (now Tombalbaye) near the Congolese Hospital (Mama Yemo).  Cohadon’s partner was an American named Paul Kirst who first came to Leopoldville in 1922 with the American trading firm, L.C. Gillespie and Son.  From the 1930s until the end of World War II, he was the local agent for Texaco.  He opened Maison du Pneu in 1945.  Kirst died at 80 at Mama Yemo hospital in 1976. 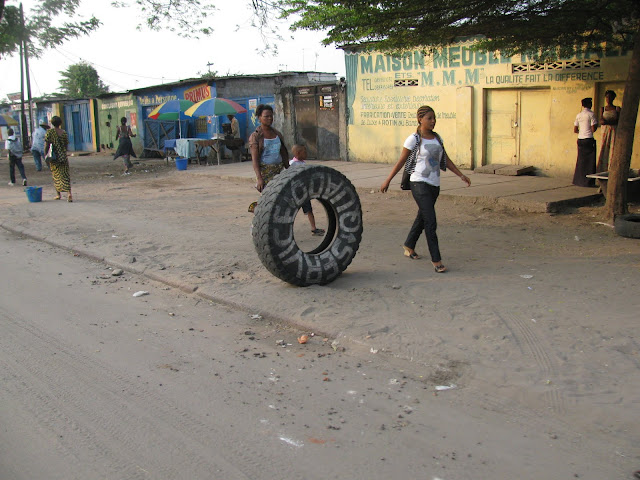