Even before Kinshasa became the capital of the Congo in the 1920s, travelers going up or down river by steamer or rail needed a place to stay.  In Leopoldville, it was customary for passengers in the early days to board their steamer on arrival by rail, even if it was not leaving for a several days.  As Marcus Dorman observed in his Tour in the Congo Free State in 1905, “Indeed it is very necessary, for there are no hotels in the town, and no accommodation for visitors except a few rooms in the commercial houses…”  Another option was to lodge with the British and American missionaries.  Dr. Aaron Sims of the American Baptist Missionary Union in Leopoldville was frequently called upon to host visitors, who also sought medical treatment from him.

Consequently, it was major news in 1910 that CCCI (the holding company which built the Matadi-Leopoldville railroad) had formed the Compagnie Commerciale et Agricole d’Alimentation du Bas-Congo (ABC) to acquire land near Boma and in Kinshasa for a series of hotels.  The following year the company announced the opening of the Grand Hotel and Factorerie in Kinshasa (See Mar. 13, 2011).  The 4-story pre-fabricated, cast-iron Art Nouveau-influenced structure was completed in 1914.  Commanding a prominent spot on a bluff above the river, this “high-rise” with its glittering tin roof would have been the first sighting of Kinshasa for passengers coming down the river.

In the 1920s, the hotel announced plans to double its capacity to 120 rooms. The Grand Hotel ABC was the social center of Kinshasa.  A bus line linking the train station with the hotel was launched in 1928 (see Jan. 6, 2011).  Ave. du Hotel, which runs north from the Boulevard at the Sozacom Building, is a vestige of the importance of the Hotel A.B.C.  The hotel opened a new wing in December 1931, but the Depression forced management to draw 4 million francs from reserves to cover operating costs and in 1932 halted operations completely.  In 1937, the Compagnie A.B.C. was dissolved and a private investor, Joseph Damseaux (the founder of Orgaman), acquired an interest in the property, as well as the Stanley Hotel down the street.


﻿The Second World War was the heyday of the ABC.  When the Free French Gaullist mission arrived via British flying boat on August 19, 1940 with an aim to persuading the Vichy regime across the river in Brazzaville to join the Allies, the delegation under General de Larminat was lodged at the ABC (see Hotel du Pool below).  The following month, a British mission led by R.Wingate stayed at the hotel. The engineers association, the Balle Pelotte group, the Aero Club all held regular meetings at the hotel.  When the Pan American Airways began flights of Clipper flying boats in December 1941, the crews were lodged at the hotel.  After the U.S. Army 23rd Hospital arrived in December 1942, the American nurses stayed there until barracks were built at the Clinique Reine Elisabeth.

Joseph Damseaux was also managing a farm on the Gombe River near Petit Pont.  By 1945, the farm was doing so well, he decided to get out of the hotel business and concentrate on the farm.  No doubt, plans to expand the port along the river below the hotel influenced this decision.  A gala in April 1946 attended by the Governor General provided a proper send-off to Consuls Parminter and Ledger of South Africa and UK respectively, who had served during the war years. The hotel was also the preferred venue for the reception of the Prince Regent in July 1947.


OTRACO expropriated the ABC lot in 1946, under a plan to connect the public port with the upriver Citas port.  The two-story wing which extended down the bluff to the river was demolished and the hotel became the “Palace” under management by DeSmet and Trenteseaux (who built the Forescom and Royal buildings).  The lower levels of the structure were enclosed in stucco to give it a new image.  In 1948, the Canada Trade Commission, precursor to the Consulate and Embassy, maintained an office in the hotel.  The “Miss Leopoldville” pageant was held at the hotel in January 1956.


By 1960, more modern destinations including the Memling, Stanley, Regina off the Boulevard became the primary locus for tourists, and the facility began to decline.  By 1983, the hotel was handed over to ONATRA and it became a residence for ONATRA staff, most in conditions akin to squatting. This situation maintained into the 21st century.


Union Mission Hostel – Centre d’Accueil Protestant
The Union Mission Hostel (UMH) was created in July 1920 by six Protestant mission groups, including the BMS, which donated the land on their compound in Kinshasa.  When the 2-story building, surrounded on all sides by expansive balconies opened two years later, each of the twelve rooms was put to use immediately, as there was “no satisfactory accommodation” in the city (probably a reference to the sale of alcohol at places like the ABC).


When the Congo Protestant Council (CPC) held the Jubilee observance of mission work in the colony in January 1927, in addition to full occupancy at UMH and tents erected on the Baptist Missionary Society (BMS) compound, an additional 50 delegates were lodged by Lever’s nearby Huileries du Congo Belge.  In the 1950s, UMH was the only place in the European city where blacks could find lodging.  The CPC became the Eglise du Christ au Congo in the 1970s and UMH was renamed the Centre d’Accueil Protestant (CAP).


Hotel du Pool
Two Portuguese businessmen, Coelho and Madail, established the Hotel du Pool on Ave. Cerckel (now Ave. de la Paix) in the early 1920s.  When General de Larminat first arrived in Leopoldville in 1940, he initially stayed in a suite in the hotel, but Governor General Ryckmans soon moved him to a boat anchored in the river to avoid any diplomatic complications. 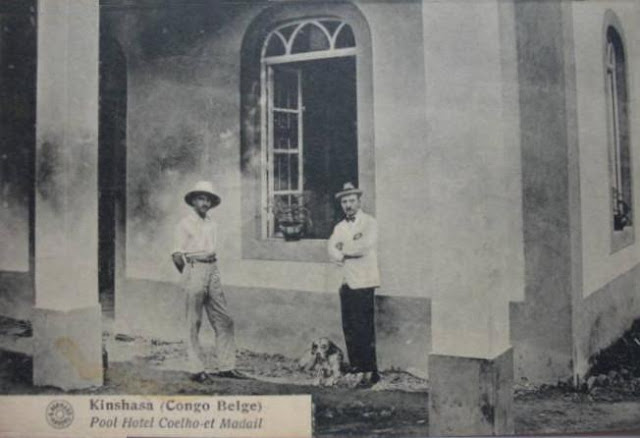 The original Stanley Hotel was built above the river at the corner of Aves. Beernaert (Equateur) and Princesse Astrid (Lumpungu). Ave. Beernaert was the principal commercial street in the 1920s. The Stanley was known for its parties.  By the late 1930s, Joseph Damseaux acquired the property.  After WWII, it housed the Musée de Vie Indigene.  At Independence and through the 1960s, the “Showboat” nightclub was the main draw.  In the new millennium, it was a hardware store called Batibeau and later the “Galleries du Fleuve”.  It is currently under renovation. 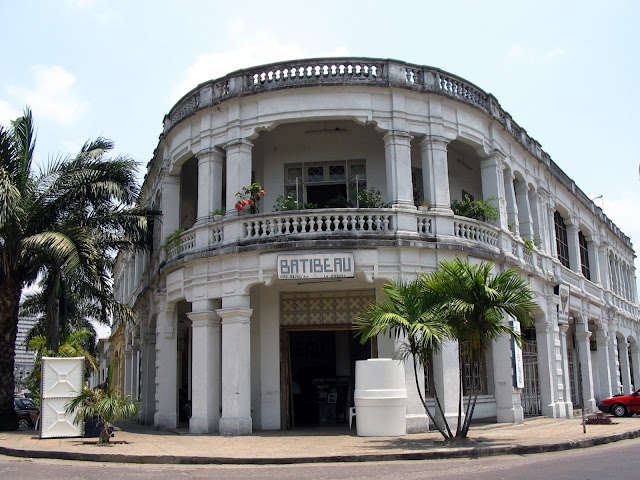 The second Stanley Hotel was built across from the Memling on Ave. Moulaert, most likely by Damseaux.  Immediately after Independence, the UN mission set up offices there.  Ralph Bunche, Hammarskjold’s Special Representative and General Von Horn worked there, Unicef set up operations in the flower shop.  The UN moved to the Royal Building in September 1960.  The French Embassy has occupied the building since the early 1960s.