While searching the web for information about the Governor General’s residence, I came across a posting on skyscrapercity.com showing a Chinese construction company currently engaged in cladding the Albert Monument pedestal in white marble.  Located on the Place du 30 Juin (See July 3, 2011, Jan. 9, 2011), the monument has been controversial since Mobutu ordered the removal of all colonial-era statues in January 1972 as part of the Recours a l’Authenticité campaign.  This latest development has divided Congolese, between those who argue that the colonial relics are part of collective history and should be maintained, and those who feel it is sufficient to place the statues in public parks (See July 5, 2011) and nostalgia should not stand in the way of modernizing the city.


The monument was completed in 1939, designed by René Schoentjes, chief architect of the Ministry of Colonies, who also designed the Gare Centrale behind it.  The art-deco lines of the pedestal, built in mauve Kinsuka stone, contrast with the austere rectangular planes of the railway station.  The introduction of imported marble and a cladding approach that appears intended to conceal rather than embellish, will likely result in a sterile public space as often found in China.  This development, coming a year after the creation of the Place du 30 Juin, begs the question whether the Kinshasa authorities have further plans for the pedestal. 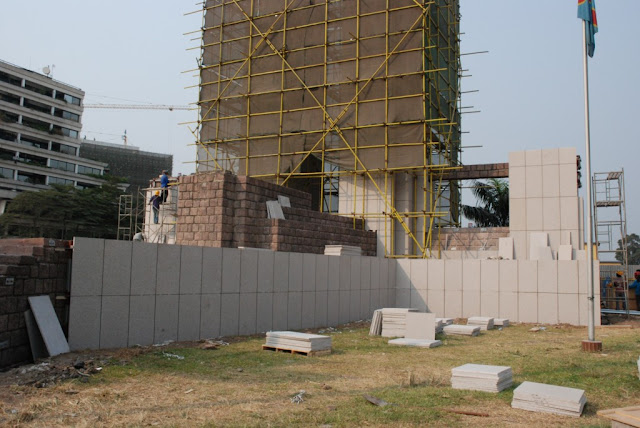 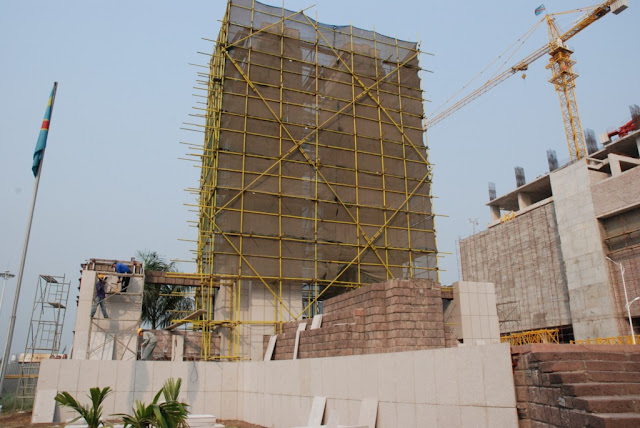