In an earlier post (See Nov. 26, 2012), I described how King Leopold II engaged the Association Congolaise et Africaine de la Croix Rouge to provide medical services in Leopoldville.  This led to the extension of medical services for both Africans and Europeans.  In April 1909, with the advent of the Belgian Congo setting a new framework for colonial development, Minister of the Colonies Renkin terminated the “Association” and created a Service de l’Hygiène, consistent with the position of the International Committee of the Red Cross in Geneva that only National Societies should work in their respective colonies.
In 1924, the Red Cross returned to Congo as a chapter of the Belgian Red Cross.  Rather than provide general medical services as had it predecessor, the Red Cross opted instead to focus on specific diseases.  This included research and treatment of leprosy in Orientale Province and venereal disease in Leopoldville.  This latter focus was crucial, given the 5 to 1 male-female ratio among Africans attracted to work in the colonial town.
Subsequently the Leopoldville Committee of the Red Cross, in collaboration with the Provincial government and the Leopoldville Municipality, opened a dispensary on July 25, 1929 treating venereal disease.  The clinic was adjacent to the Ruwet Club for Congolese in the Cite in Leopoldville Est (Alphonse Ruwet was a former District Commissioner and then Director of the Chanic Shipyards).  This facility serving males proved so popular that the Red Cross decided to open a similar clinic for women.

On October 10, 1934, the Red Cross inaugurated a four-building complex on a street in the Cite that would become “Avenue de la Croix Rouge”.  The facility was named the Centre de Médecine Sociale to mitigate the negative connotation of a clinic serving people with sexually transmitted disease.  In his remarks, Jean Ghilain, Representative of the Red Cross and Director of Unatra (See.Oct. 31, 2011), harked back to King Leopold II’s role in initially inviting the Red Cross to Congo and its evolution since then.  Vice Governor Ermens observed succinctly, that the “success, welfare and health of a colonial enterprise derives from the success, welfare and health of the colonized people”.  The following year, the Red Cross opened a similar clinic in Kintambo.  The Society also explored the feasibility of partnering with the Aero-Club of Leopoldville to arrange emergency medical evacuations from the interior. 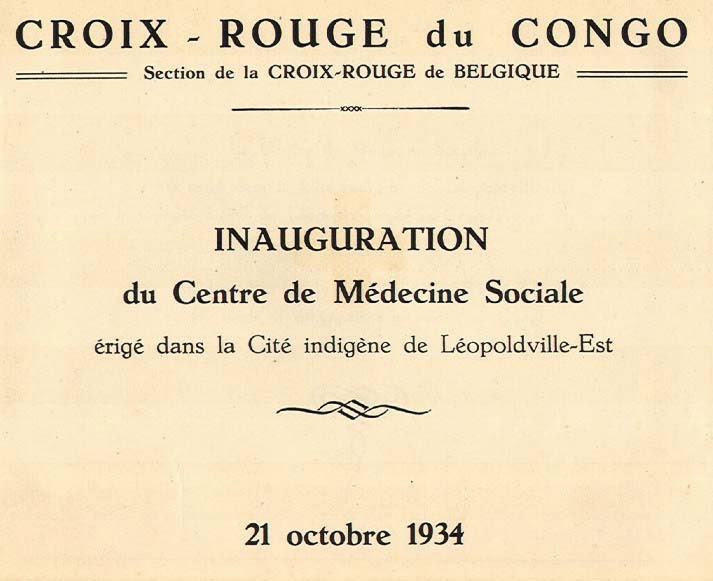 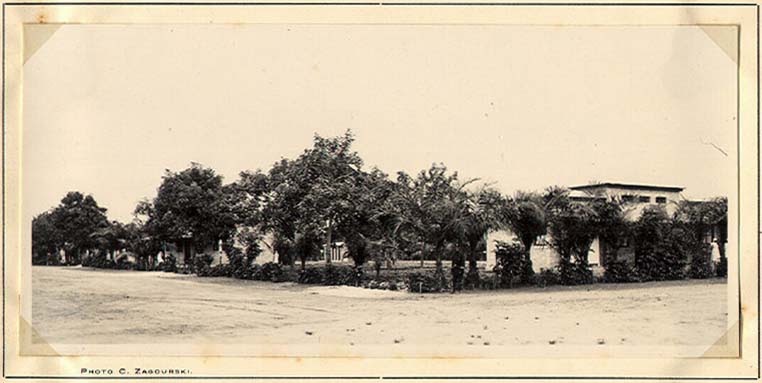 After the Second World War the Red Cross decided to expand its focus to maternal child care and in 1947 opened a pediatric hospital in St. Jean (now Lingwala Commune) on Ave. Kalembe Lembe.  In the same year, Ave de la Croix Rouge was paved.  The Red Cross facilities in Leopoldville continued to be managed by the Belgian Red Cross until Independence in 1960, when the Congolese Red Cross was established under the Presidency of Joseph Davier Tala Ngai a prominent local businessman, whose son Fernand Tala Ngai was the architect of several public buildings in Kinshasa (See Aug. 20, 2011).

Posted by Mwana Mboka at 2:11 AM No comments: